To share your memory on the wall of André Merz, sign in using one of the following options:

Print
On Monday April 26, 2021 Andre Merz, longtime Greenwich resident passed away at the age of 88.

Of Swiss descent where he trained and worked as a professional coiffure, Andre was the beloved son of Ida and Alfred Merz and brother to Madel... Read More
On Monday April 26, 2021 Andre Merz, longtime Greenwich resident passed away at the age of 88.

Of Swiss descent where he trained and worked as a professional coiffure, Andre was the beloved son of Ida and Alfred Merz and brother to Madeleine. He was known as an avid tennis player, snow skier, swimmer and "such a kind man" by everyone who knew him. He immigrated to the United States in the early 60's and gained employment at the illustrious Saks Fifth Ave Salon in White Plains. He was perceived as one of the top stylist of his day and customers felt like the "in" crowd should they land in his chair.

Once settled in Greenwich, Andre called for his soon to be wife Rosly Katherine, also a hair stylist, to join him. Marriage, a tour of the world via planes, trains and automobiles, a son Jean-Claude and daughter Suzanne soon followed. He was an avid sports fan and enjoyed learning American sports like baseball, telling anyone in ear shot,with his Swiss French accent,"You have to know the rrrules!" But life can throw its own curveball sometimes. In 1981, Rosly lost a brief battle to an unknown illness leaving two young children and Andre to fend for themselves.....but they were never alone. The Ryan, Fidelibus, Hilgefort, Biedermann and Troller families, neighbors and customers volunteered their time as sitters, drivers and cooks to help for many years. Andre was forever grateful to all of you who gave your time and emotional support when needed.

Andre was diagnosed with Alzheimers and recently began a slow decline into memory loss.....but he never lost his gentle kindness and ability to appreciate a helping hand with a sincere,"thank you." He continued to be most proud of his accomplished son Jean-Claude (JC), owner of JCM Services and daughter Suzanne (Sue) two time Olympic Medalist in Women's Ice Hockey (1998 Gold, 2002 Silver) and medical device sales professional. In his last weeks, he frequently told his companion aid Winifred that Sue was a "pretty good" hockey player.

Andre leaves behind his son JC Merz and his wife Karen, daughter Sue Merz and her wife Margaret, granddaughters Sophie and Bella and several cousins in Switzerland.

We would like to thank Solace Care for providing Andre with companionship during a critical stage of his life. Winifred, we are forever in your debt for giving Andre such great experiences in his last months. He loved his first taste of fish and chips!

A private memorial service for the family was held at Castiglione Funeral Home. We would like to thank them for treating Andre with such dignity and respect.

In lieu of flowers please make a donation in Andre's honor to your local Alzheimer's Association.
Read Less

To send flowers to the family or plant a tree in memory of André Roland Merz, please visit our Heartfelt Sympathies Store.

There are no events scheduled. You can still show your support by sending flowers directly to the family, or planting a memorial tree in memory of André Roland Merz.
Visit the Heartfelt Sympathies Store

We encourage you to share your most beloved memories of André here, so that the family and other loved ones can always see it. You can upload cherished photographs, or share your favorite stories, and can even comment on those shared by others.

Posted Apr 28, 2021 at 07:12am
Andre was the loveliest of men and fathers-in-law. We will miss his heartfelt smiles, good-will and sincere laughter. Rest In Peace Andre, if there is a pool wherever you are, you are swimming laps with joy.
Comment Share
Share via:
WO

Andre was a kind and happy gentleman, he showed appreciation for every little thing. Working with him thought me a great lesson that I will cherish forever and that is to live life my way and be appreciative of everything. Thank you Andre, you were an amazing man. 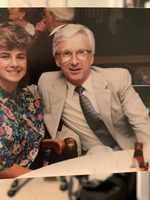 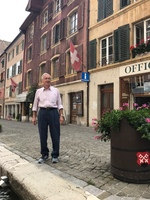 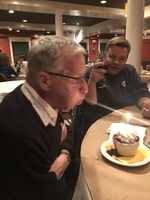 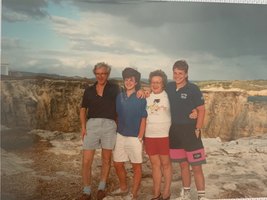