To share your memory on the wall of Frank Sudell, sign in using one of the following options:

To send flowers to the family or plant a tree in memory of Frank Edward Sudell, please visit our Heartfelt Sympathies Store.

We encourage you to share your most beloved memories of Frank here, so that the family and other loved ones can always see it. You can upload cherished photographs, or share your favorite stories, and can even comment on those shared by others.

With heartfelt condolences Trish (Pul) & Chris Tre and Susy Bawol Kittelson and the Bawols sent flowers to the family of Frank Edward Sudell.
Show you care by sending flowers

Posted Mar 12, 2021 at 10:40pm
Frank, the ‘Commodore’ to ‘Admiral’ Madog....
Frank, speaking to you now as if still alive with us today.
You are the glue that celebrates all that is beautiful about life& the many generations you & Dot have touched.
Frank... you have left the Cos Cob Crusher families an immense legacy of life, love, dedication & story telling.
The Diddels love you,Dot & your families now &
ALWAYS❤️🧡💫💜💙⭐️ RIP Commodore
Comment Share
Share via:
WT

Posted Mar 12, 2021 at 09:13pm
Deb,Will,Jimmy, Colin,Sean & Annie, Our thoughts & prayers are with you at this most difficult time. We will remember Frank with fondest memories.

Posted Mar 12, 2021 at 03:22pm
How we all loved Frank! Happy trails on your new adventure. God speed. Our condolences to Dorothy and families.

Susy Bawol Kittelson and the Bawols purchased flowers for the family of Frank Sudell. Send Flowers 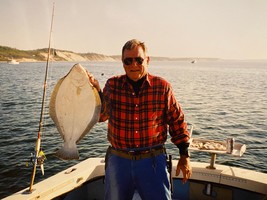