To share your memory on the wall of Robert Miles, sign in using one of the following options:

Robert (Bobby) Lewis Miles, Sr. 82 years old of Greenwich passed away peacefully on May 6, 2020 at Nathaniel Witherell Nursing Home. Bobby was born on November 10, 1937 to the parents of Christie Lewis Miles and Adele Louise (Carpenter) Miles. Bobby attended Greenwich High School. He was married to Barbara (Brown) Miles on January 11, 1958 and they just celebrated 62 years of marriage.

Bobby was a wonderful husband, dad, father-in-law, pop-pop, brother, uncle, and friend. He had his own landscaping business, Miles Landscaping, for years and then retired. His hobbies were softball in which he got the nickname “Roadrunner”, hunting and fishing with his children and loved to watch his two favorite teams the New York Mets and New York Rangers, big time fan. Bobby was a kind, loyal, thoughtful and a family man. In January, 2008 his only grandchild was born, Shane Patrick O’Connor. Shane was his pride and joy from the moment he was put in his arms. His world revolved around Shane and the close bond they had together.

Bobby is predeceased by his parents, Christie and Adele, his brother Christy, his sisters Gloria, Jeannie, Ellie, Ginger, and his son Robert Miles Jr. who passed away on June 4, 2013 whom he is now in heaven with.

Surviving in addition to his wife Barbara (Brown) Miles, is his daughter Lisa (Miles) O’Connor, her husband John and their son Shane (Bobby’s grandchild) of Cos Cob, daughter-in-law Sandi Miles of Norwalk, sister Diana White of Bethel, brother Donald Miles (Dee) of Cocoa and many nieces and nephews.

There will be a graveside service on Monday, May 11 at 11:00 at St. Mary’s Cemetery, 399 North Street, Greenwich, CT. Then, at a later time, there will be a celebration of life for Bobby for family and friends.

To send flowers to the family or plant a tree in memory of Robert Lewis Miles, please visit our Heartfelt Sympathies Store.

We encourage you to share your most beloved memories of Robert here, so that the family and other loved ones can always see it. You can upload cherished photographs, or share your favorite stories, and can even comment on those shared by others. 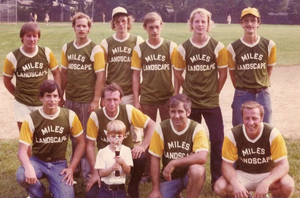 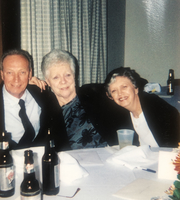 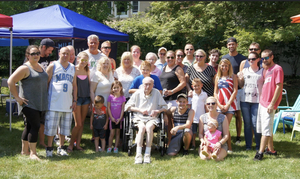 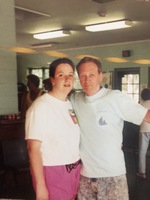