To share your memory on the wall of William Richardson, sign in using one of the following options:

William P. Richardson Jr., a lifelong resident of Greenwich, passed away on May 5, 2020 from complications due to the coronavirus. He was 68 years old.
Known to all as Bill, he owned and operated Babco Automotive in Banksville for 20 years until he started his second career, retiring as the Fire Marshal and a building inspector for the Town of North Castle after 25 years.
Bill was a member of the Banksville Independent Fire Department for 53 years serving as chief for a total of 16 years. He was a New York State fire investigator and a member of the Westchester County Cause & Origin team, a past member of the Greenwich RTM, served on the Middle Patent Rural Cemetery board, and a member of the Cos Cob Revolver and Rifle Club. Bill's free time included spending time with his family, working on cars, all things racing and hanging out at the firehouse and the gun club. He will be missed by many friends.
Bill is survived by his wife of 47 years, Jinny; daughter Rebecca Lane and husband Chris of Austin, Texas; grandchildren Gianna, Derek, and Keira; son Bill of Monroe, Connecticut; mother Frances of Easton, Massachusetts; brother Martin and wife Abby of Bedford, New York; and a large extended family. He was predeceased by his father William Sr. and in-laws Anthony and Mary Gumina.
A service will be scheduled for a later date. In lieu of flowers, please consider making a donation to a charity of your choice
Read Less

To send flowers to the family or plant a tree in memory of William P Richardson Jr., please visit our Heartfelt Sympathies Store.

There are no events scheduled. You can still show your support by sending flowers directly to the family, or planting a memorial tree in memory of William P Richardson Jr..
Visit the Heartfelt Sympathies Store

We encourage you to share your most beloved memories of William here, so that the family and other loved ones can always see it. You can upload cherished photographs, or share your favorite stories, and can even comment on those shared by others. 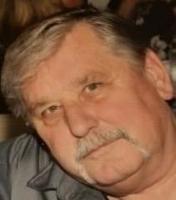